At Folio3, we specialize in making memorable and engaging games that users love to play. By combining creativity, design and engineering, we help our clients turn their ideas into amazingly fun games that keep users enthralled for hours.

We understand the ingredients that go into making a great game – streamlined code, stunning visuals, riveting gameplay and solid frameworks for social & multiplayer gaming. That is why we offer a comprehensive suite of services to help you bring your ideas to life! Our services include:

So whether you’re looking to create the next Angry Birds or the sequel to Farmville, we can help you deliver your idea. With over 5 years of experience in mobile games development and a long list of satisfied customers, we hope you don’t think us too forward if we say We’ve Got Game! 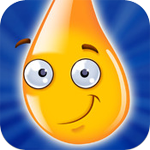 Clue Drop is a unique turn based iPhone word game that lets you create crossword puzzle style clues that your friends guess and rate. It’s a trivia game like no other! Guess and rate friends’ clues, Unlock new emotes and words as you level up, Gain fame with your best clues & more! Download from the AppStore 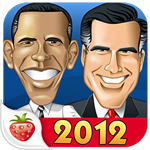 A fun strategy iPhone game which allows the user to play as the campaign manager for their favorite candidate in the 2012 US presidential elections. Play as President Obama’s or Mitt Romney’s Campaign Manager and campaign in toss-up & leaning states to win them over in your candidate’s favor. Download from the AppStore 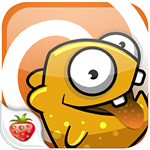 A platform survival Android game for Android smartphones and tablets. The game lets you control Camo (our lovable monster with one helluva sweet tooth) through a colorful world full of candies. Guide him on his candy munching quest as he jumps across platforms while avoiding obstacles. Download from Google Play 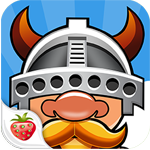 Air Viking is a physics based puzzle action iPhone game with simple controls, gorgeous graphics and tons of replay value. The evil Aunty Akaky has imprisoned the beautiful Princess Twee in her castle. Help the Viking hero Iron Bottom rescue his beloved princess from the evil Akaky’s clutches. Download from the AppStore 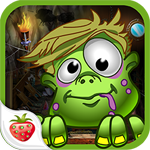 ARE YOU SMARTER THAN A ZOMBIE

A hidden object iPad puzzle game with an educational twist. The game’s theme is an invasion by zombies of classic fairy tales and stories. The player’s goal is to aid their favorite storybook characters drive away the zombies by solving puzzles that involve finding hidden objects related to the stories. Download from the AppStore 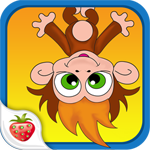 An iPhone based companion game for kids who use the SecretBuilders wesbite. The game enables players to adopt, feed, exercise and play with the virtual pets (puppies, baby dragons, baby unicorns, pet monkeys and kittens) featured in SecretBuilders, on their iPhones. Download from the AppStore

A Way With Words

A casual reverse word search game takes that familiar puzzles and turns them all backwards. The goal of the game is not to find find words, but to to create them – forwards and backwards, vertically, horizontally and diagonally – all while using only one letter. It’s the Angry Bird alternative for smart people! Download from the AppStore & Google Play